Back to The Future...In a Fridge!

The time traveling machine in Back to the Future was originally supposed to be a refrigerator. 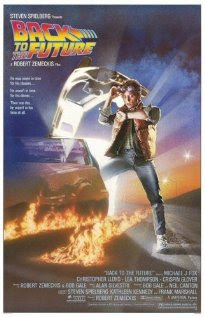 Boy are we greateful that changed. The story is this. The screenplay for Back to the Future originally called for the time machine to be a refridgerator. Steven Spielberg, the producer of the film, was concerned that little kids would watch the movie and climb into their own fridges in an attempt to go to their parent's proms in 1955, just like Marty McFly.
In the original screenplay, the time traveling device was attached to a fridge, and taken to a nuclear site in order to harness the power of the nuclear detonation to bring Marty back to his original time. Does that sound familiar? Spielberg himself would build a very similar idea into the fourth Indiana Jones movie! Thankfully, the director, Robert Zemeckis, decided to have the DeLorean be the time machine after the fridge idea was nuked and went on to make the classic film.
at April 07, 2012