On my way home from my best friends grandfather's funeral, I spotted this huge house that sat pretty far off the road.  So I took the long dirt road that led me to the home which also had a long driveway.  It was obvious that this road had not been traveled on for a very long time.   About half way down the the road in persuite of the massive decaying structure, I realized my tires were doing a little spinning. Just then I had remembered that earlier that day it had been raining. Nearly half way to the house I thought, well I guess I'm past the point of no return. SO I started walking to the house. There I was in my Sunday best. Slacks, tie and dress shoes. My clean black shoes were becoming increasingly muddy every step closer to the house. I had finally made it!  I soon realized that the outside was much better looking than the inside. 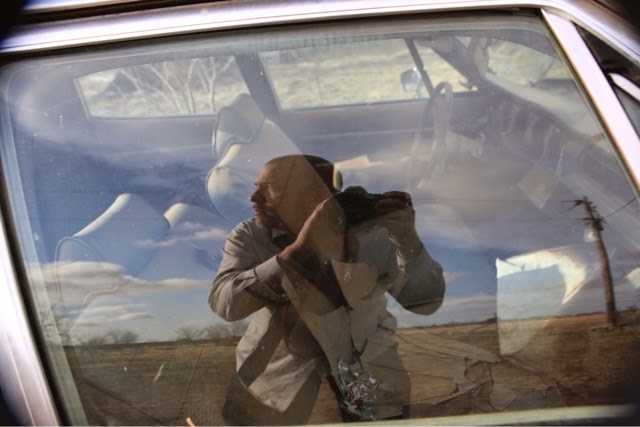 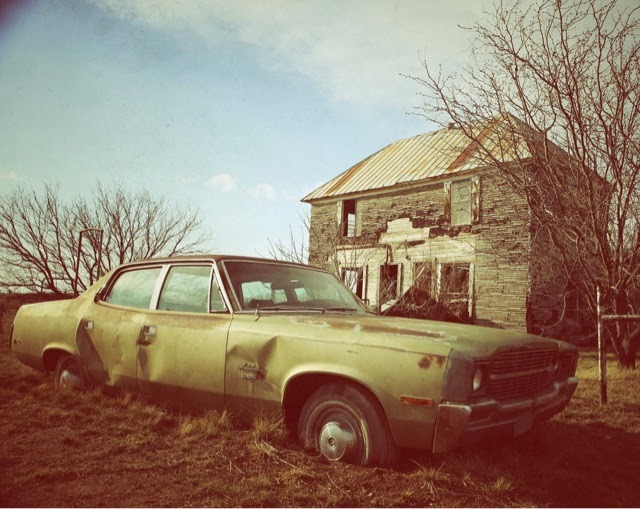 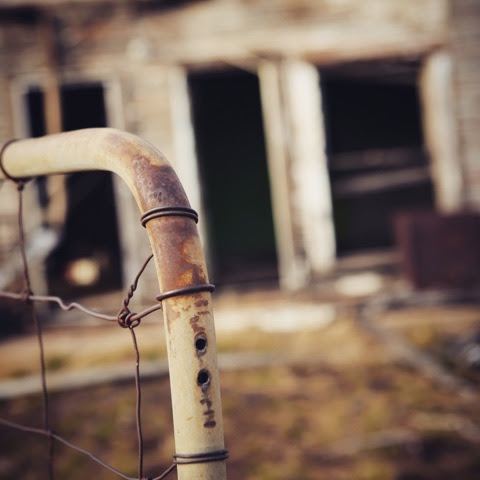 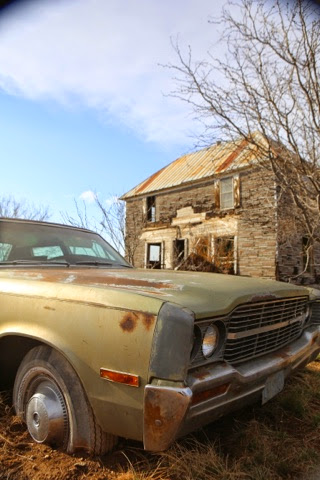 As I attempted to make my way back to the main road I got very nervous. I seriously thought I wasn't going to make it without getting stuck.  I really lucked out that day. Not the smartest idea I've had.  The excitement of seeing this awesome abandoned home completely overtook the side of my brain that processes logical thinking.  haha.  It all worked out. Hope you like the photos.