Photo Of The Day

Here's a photo I took while on our road trip to California. 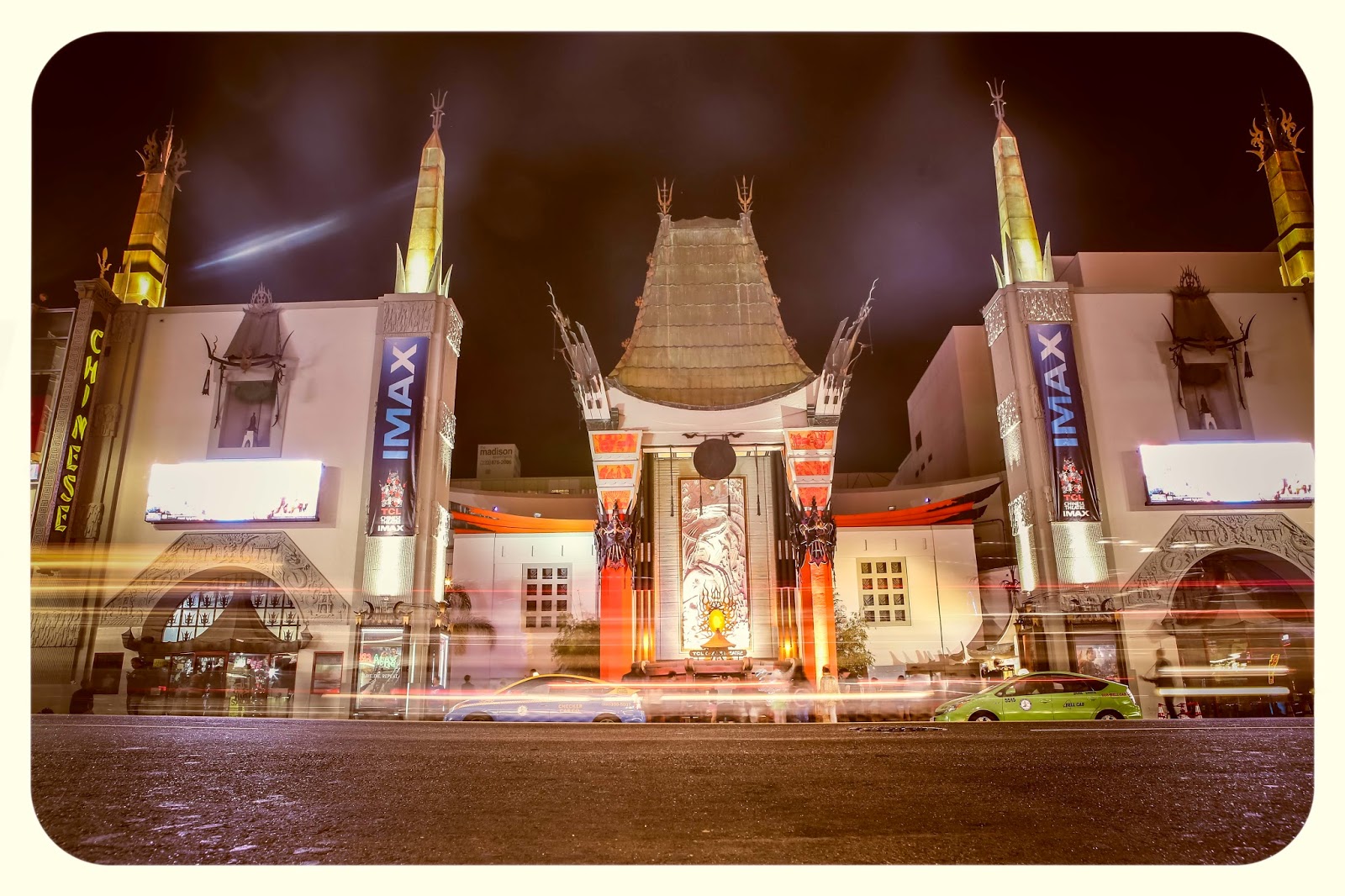 TCL Chinese Theatre is a cinema on the historic Hollywood Walk of Fame at 6925 Hollywood Boulevard in Hollywood.  Originally Grauman's Chinese Theatre and renamed Mann's Chinese Theatre in 1973; the current name of the theatre became official January 11, 2013, after TCL Corporation purchased the naming rights.
The original Chinese Theatre was commissioned following the success of the nearby Grauman's Egyptian Theatre, which opened in 1922. Built by a partnership headed by Sid Grauman over 18 months starting in January 1926, the theatre opened May 18, 1927, with the premiere of Cecil B. DeMille's film The King of Kings. It has since been home to many premieres, including the 1977 launch of George Lucas' Star Wars, as well as birthday parties, corporate junkets, and three Academy Awards ceremonies. Among the theatre's most distinctive features are the concrete blocks set in the forecourt, which bear the signatures, footprints, and handprints of popular motion picture personalities from the 1920s to the present day.
The TCL Chinese Theatre has partnered with IMAX Corporation to create the single largest IMAX auditorium in the world. The new theatre seats 932 people, and hosts the third largest commercial movie screen in North America.