Yesterday evening I noticed this awesome cloud pattern when I looked out our back door. After a few minutes I thought....wonder what the view is like looking from Harburger Hill? 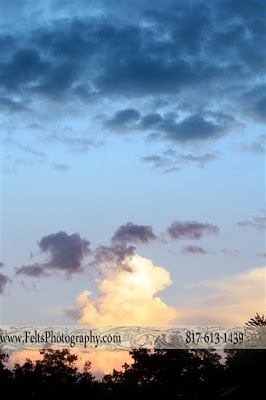 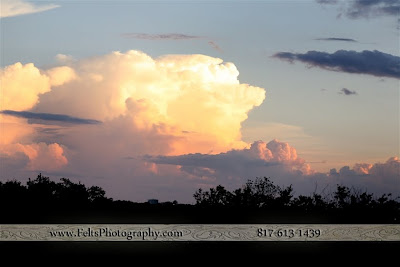 I drove the few block to the overlook to see a fire red sunset. I was hoping for a little more dimension in the clouds but it was still a great sight. 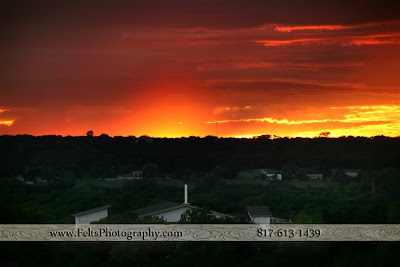 You can see the top of the new Northside Baptist Church sanctuary from this angle. 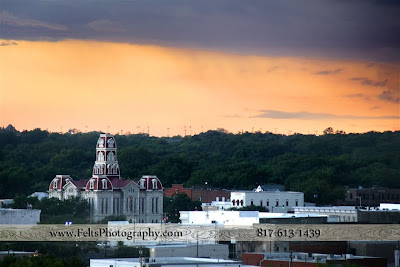 From the same location I panned over to get a shot of the courthouse. The clouds weren't as bright to the south west. 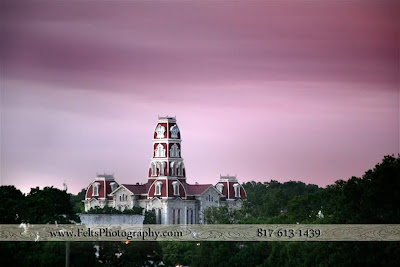 I drove down the hill to the cemetery where I could still get a good shot of the top of the courthouse. The sun was disappearing fast & the sky had a cool magenta cast. 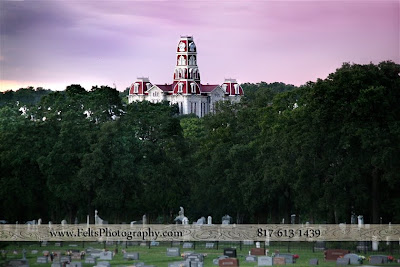 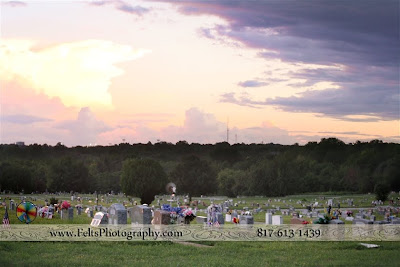 While standing on the sidewalk of the cemetery I snapped a few other shots I thought were ok. 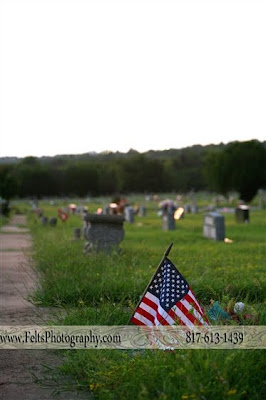 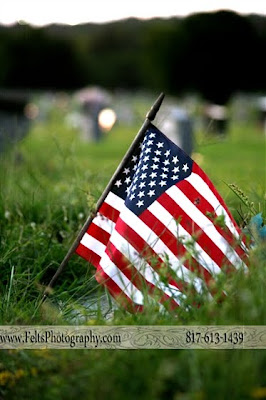 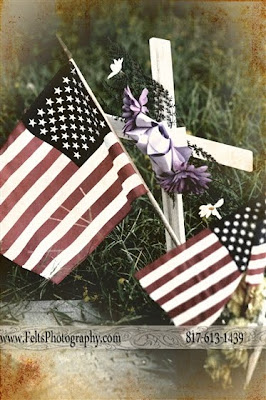 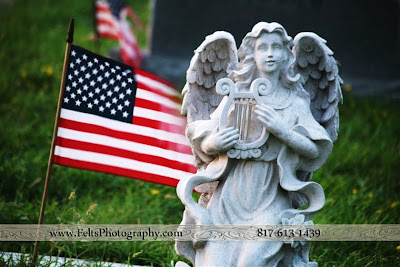 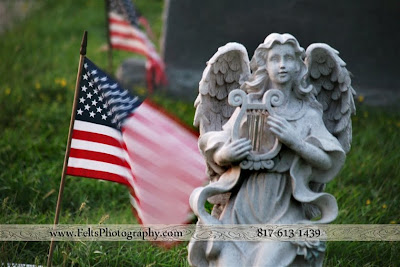 Just an hour prior, I posted a video I had seen on facebook about 9-11 & God. I guess that's why I felt compelled to get this flag & angel photo. The images from that dark September day were a great reminder of how lucky I am to still have my family & you never know when your life can change in the blink of an eye. It's hard to believe it's been 9 years since the tragedy. I remember I was still working at Eckerd & a customer came in for photo processing. While leaving her film, she said, "have you heard, the World Trade Center has been bombed." Many of us employees quickly huddled around the TV in the break room and watched in disbelief. As Alan Jackson sang, the world did stop turning that day. The store was empty for awhile & for that entire day everyone was in a daze. No laughs, jokes & small talk, just heavy hearts. I'll never forget that day....where were you?
at September 09, 2010