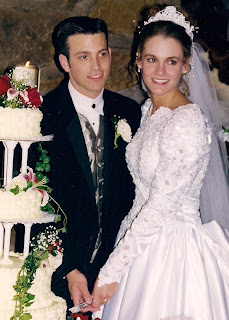 On October 22, 1998 off the coast of Honduras, tropical storm Mitch was quickly gaining strength.

Throughout the next couple of days while still off shore, the storm began to strengthen but still thousands of miles from landfall.

Meanwhile back in Texas, October 24, 1998 was big day for Cari & myself. After a 4 year courtship & 9 months of wedding planning, it was finally here. Our nuptials took place at Northside Baptist Church. Don Emmitt officiated our wedding who at the time was the pastor of the church. Everything went as planned as all our friends & family filled the sanctuary to witness me marry my best friend. In true Felts fashion, a big reception followed with food & dancing. Most of the night was really a blur but thanks to photos we got to see everyone who came & made the night so great. That next morning we caught our early flight to Cancun for our Mexican honeymoon. In the days prior to us leaving, we had been following the weather regarding the depression forming many many miles south-east of Mexico. Weather is very unpredictable & even the experts can't tell 100% what they will do, but we made the decision to proceed on to Mexico & not let the storm ruin our getaway. 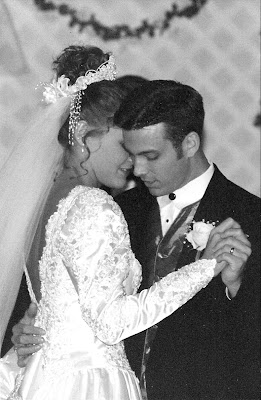 Just a day after we arrived on our honeymoon, the beaches were much too dangerous for anyone to swim so they closed & we only had access to the pools. Even though the eye of the storm was hundreds of miles away we had constant 40 mph winds.

By Monday the 26th, the storm formed into a full blown hurricane with catastrophic winds peaking at 180 mph. The Weather Channel was reporting that the path of the eye headed directly through the Yucatan Peninsula & straight toward Cancun. This monster had changed directions & was headed north west toward Honduras. This category 5 hurricane pushed onto the coast of Honduras with devastating effects. 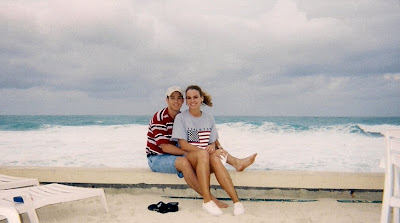 Despite having straight line winds, it actually didn't rain the entire time. We were able to walk the short distance into town & visit the other Cancun Palace resorts that were close by. We made the best of the situation. It began to get pretty scary when hotel staff began boarding up windows & sliding caution flyers under the doors of each room with evacuation plans & procedures for all the guest who were still staying there.  Wow, this is crazy, what did we do, why did we still come here? Having made many expensive calls home, the family agreed we should cut the trip short & fly home immediately. The only problem was everyone had the same idea. All flights were booked to leave Cancun. Our hotel room TV was permanently stuck on the weather channel so we could get the latest on Mitch and his route. We just prayed hard that the hurricane would stay south & not move any closer. After drifting southward & weakening, the hurricane hit Honduras as a weakening hurricane. 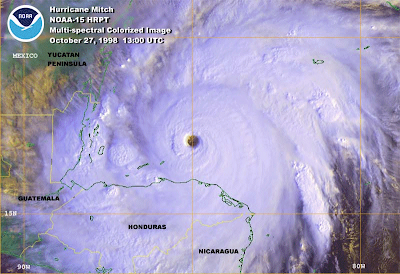 From Wikiapedia:
Hurricane Mitch dropped historic amounts of rainfall in Honduras, Guatemala, and Nicaragua, with unofficial reports of up to 75 in. Deaths due to catastrophic winds, flooding & mudslides,  Mitch is reported to have killed nearly 18,974 people total &roughly 2.7 million were left homeless as a result of the hurricane. The flooding caused extreme damage, estimated at over $5 billion (1998 USD, $6.67 billion 2010 USD)

It was no doubt that we underestimated the severity of this monster. This storm could have continued on it's path & wiped out Cancun so easily. Cari & I knew that whatever happened, we were together. We made it through our honeymoon alive unfortunately all the lives lost is beyond devastating.

13 months later we delivered our baby boy we named Mitch....not really although some say we should have. Happy Anniversary to my beautiful wife Cari!