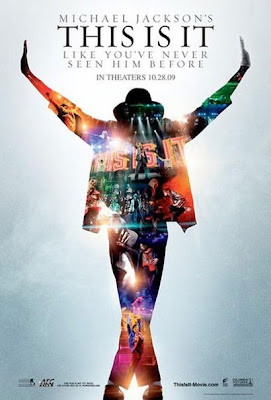 This week, his concert film This Is It was the #1 best selling DVD in the country. An estimated 1.2 million copies have been sold to date, which is believed to be a record for first-week sales of a music film. But could this be the end of MJ fever? With the DVD out and no more awards shows to pay tribute, will Michael begin to fade out now?
at February 04, 2010