Tuesday night Millsap High opened it's doors to host a big Casey James watch party. The enormous banner that hangs over the main entrance shows just how proud they are of the schools most famous alum. 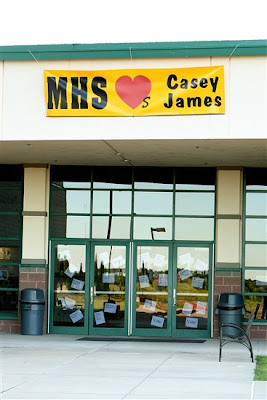 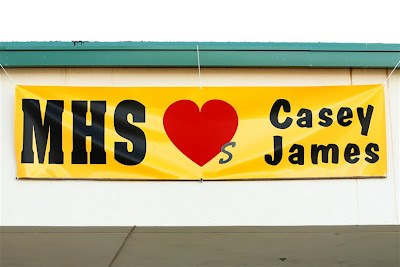 When we walked into the school I immediately noticed that every wall was covered with photos & Casey slogans. We helped out by setting up a table to sell the shirts made by Casey's cousin Sara. Sara also agreed to donate $5 for every shirt sold to the sophomore class fund. 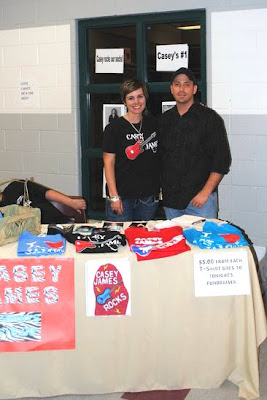 TV crews didn't make it out to the party as originally thought. I bet the guys over at 'ZERO Vitamin Water' were more disappointed in that fact. They drove out from Dallas to hand out their product. I imagine they were hoping to get a little mention on the news...so I will.
Thanks y'all for coming to Sap City! 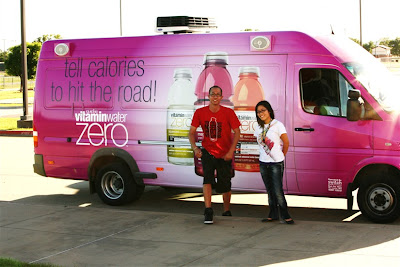 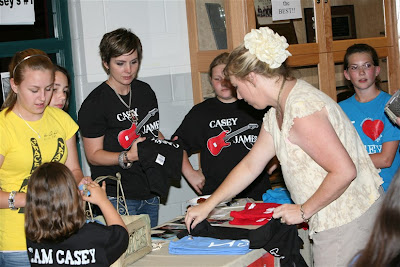 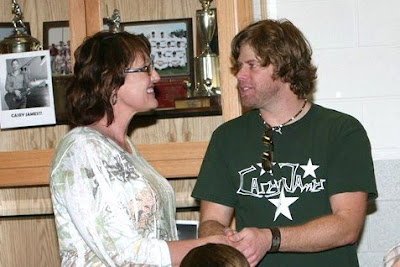 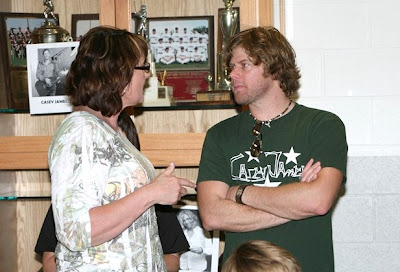 The cafeteria was full of Casey fans with their eyes glued to the huge projection screen. 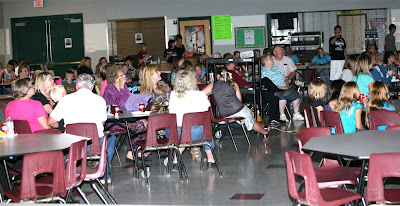 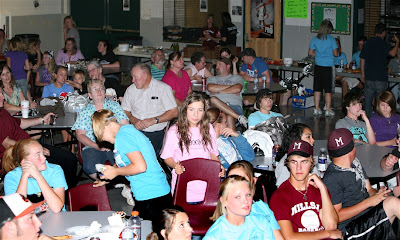 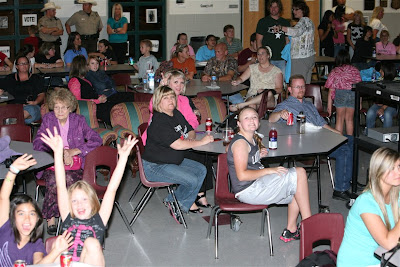 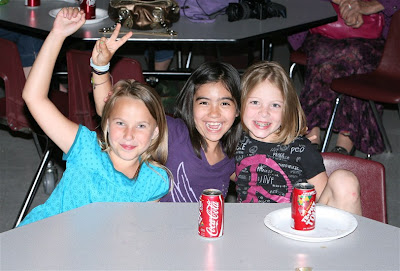 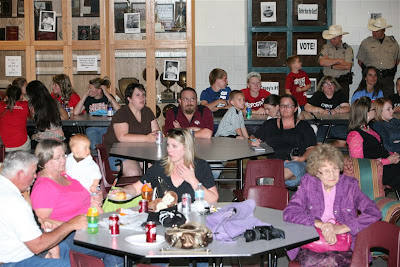 Once the watch partiers realized brother was there some asked for photos. 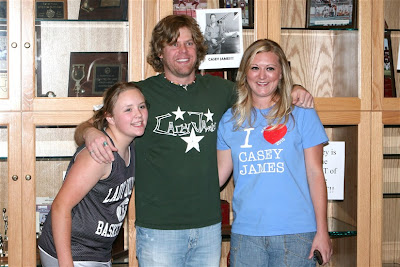 And then for autographs.... 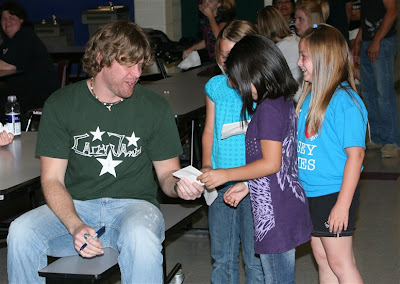 Getting ready to post this weeks numbers to call/text 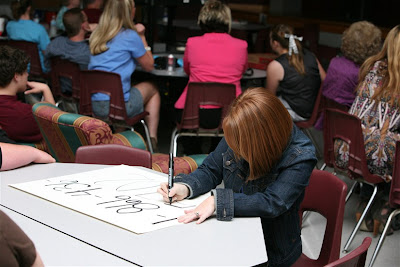 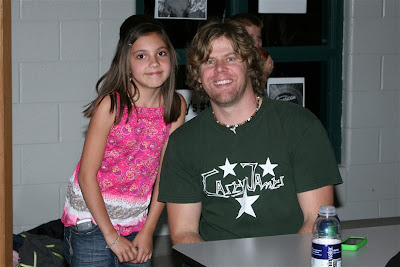 This was cool......Casey has fans of all ages. Doris McKienzie Childress graduated from Millsap in 1942 & was the valedictorian of her class. Doris & her daughter both drove in from Ft.Worth/Dallas to attend the watch party. She told me that Doris knows good music when she hears it & that Casey stood out to her from the beginning. B.C. introduced himself to the dedicated fans & thanked them for driving so far out just to show their support. 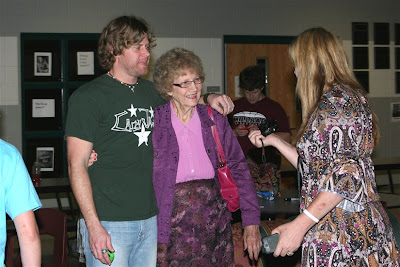 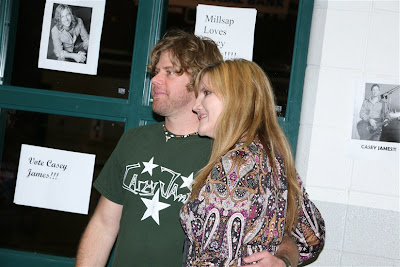 It got kinda nuts when he was getting the star treatment himself by the eager teens. 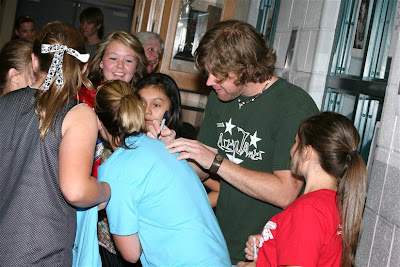 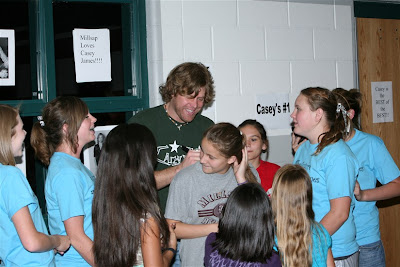 If brother is getting this, you can only imagine the hard time Casey will have just trying to go get bread at the store. Hope he's prepared... 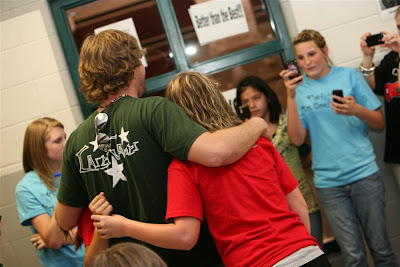 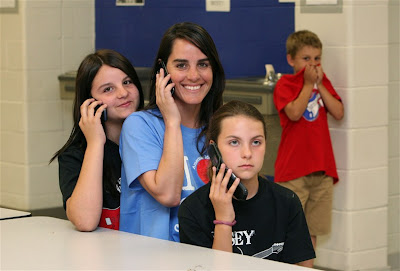 The party went really good despite the judges negative remarks about Casey's performance. We can just hope the fans voted their fingers off. I'm sure it was hard for B.C. to hear such harsh critiques from the judges, but he put his game face on & kept signing & posing for photos with the excited fans. That is something they will never forget.